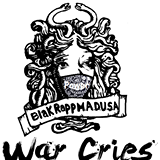 Abolitionist Visions: A Fundraiser to Fight the Prison State

The Abolitionist Law Center is throwing a fundraiser at the Bricolage Theatre in downtown Pittsburgh. Join us on May 10th for a night of poetry, song, hip-hop, and prison abolition. Tickets are $10-$20 sliding scale. No one will be turned away. Food and drink provided. Parent and child-friendly. Doors open at 5pm – program runs from 6-8pm.

PRE-PURCHASE TICKETS VIA ALS’C PAYPAL: Donate $10-$20 (or more) prior to May 10 and your name will be added to the admission list.

Joy KMT – Joy KMT is self-taught&queer&black&femme&hood&poet&mother&lover&. She works from the possibility of the personal to be collectively transformational. Her work often blends the magical with the reality of living at the crossroads of multiplicities. Website: http://joykmt.com/

Blak Rapp Madusa – Born in Harrisburg, Pennsylvania Mel Carter also known as Blak Rapp Madusa emerges from the ghetto streets of Pennsylvania, taking the conscious music movement by storm. Through melodic lyricism this rapper/activist/poet paints a vivid picture of the black experience in America, the black nationalist movement, social and political justice ideologies interwoven with the spiritual inspiration of Islam. This artist is on a mission for change by spreading a positive message and a call to action for all oppressed people. Website: http://www.reverbnation.com/blakrappmadusa

Jacquea Mae – an amazing singer, actress,and spoken word artist that has graced the mic at several open mic events, theatrical productions, & has featured as a singer at many venues throughout the city of Pgh,PA. Ms. Mae continues to receive rave reviews for her powerful, often passionate, free, uninhibited, soulful, from the gut performances. Website: http://www.reverbnation.com/jacqueamae4

Terrell Johnson & Saundra Cole – After being framed for a murder he did not commit in 1994 in the Hazelwood murder of Pittsburgh, Terrell Johnson and his wife Saundra Cole set out on a mission to free him. In 2012 he was released from 17 years in prison after being acquitted at a retrial.

Donna Hill – President of Fight for Lifers West and mother of Charmaine Pfender, an Abolitionist Law Center client who has spent 29 years in prison for killing a man who was attempting to rape her. Self-defense is not a crime!