Abolitionist Law Center, our clients, and our supporters have made important strides in overturning laws aimed at censoring and silencing prisoners’ voices, in challenging decades-long solitary confinement, and in pushing for life-saving treatment for hepatitis C+ prisoners. Over the last few years, lawsuits filed by Abolitionist Law Center have:

Your support makes it possible for us to win these fights. Please donate and together we can keep building the movement to abolish mass incarceration.

As a movement lawyering organization, our primary method for winning the abolition of mass incarceration is to amplify the voices of activists inside and outside the prison walls. We understand that social change is a political process and the most effective way to achieve deep and sustained improvements is through the organization and mobilization of communities. With this in mind, we have successfully fought to protect the rights of prisoners to engage in political speech and self-education, and we have successfully helped to push back on the overuse of solitary confinement (which is often used as retaliation for advocacy from within the prisons). We have also expanded our work to defend movement activists who are not incarcerated, such as Saundra Cole and George Ciccariello-Maher, against harassment from police and white supremacist individuals and hate groups.

With your support, we increased our efforts to ban Death By Incarceration (DBI), also known as life without parole, abolish long-term solitary confinement, and force prison administrators to provide curative treatment for prisoners with hepatitis C. We hired three new staff members  focused on these issues: Jamelia Morgan, Lauren Johnson and Quinn Cozzens (pictured above and right). We co-founded the western Pennsylvania chapter of the Coalition to Abolish Death By Incarceration (CADBI West),  and we increased collaboration with our friends at the Amistad Law Project.

With the help of our new staff attorney, Jamelia Morgan, we are currently litigating three (soon to be four) cases challenging long-term solitary confinement on Pennsylvania’s Death Row, which is being imposed on prisoners even though they have had their death sentences overturned. PA DOC contends that the mere possibility that these men may be re-sentenced to death after a new trial or sentencing hearing requires them to be held in solitary confinement. This is happening despite the Third Circuit Court of Appeals issuing a landmark decision earlier this year, which held that continued use of solitary confinement on Death Row of individuals who have obtained relief on their death sentence violated the due process clause of the Fourteenth Amendment to the U.S. Constitution. Williams v. Secretary, Pennsylvania Department of Corrections, 848 F.3d 459 (3d Cir. 2017).

The Abolitionist Law Center is working actively to roll back race- and class-based mass incarceration through our ongoing decarceration efforts. As part of these effort, we’ve also been working to get people released from prison, including three clients who were 18 years old when the crimes they were convicted of occurred. All three of them were sentenced to Death By Incarceration (DBI), also known as life without parole, without any consideration given to mitigating circumstances (such as youth, intellectual disability, or lack of intent). Their youth raises the same issues of diminished culpability that the Supreme Court relied on in deciding Miller v. Alabama, which effectively ended DBI sentences for juveniles. State prosecutors and courts are trying to limit the holding to people who were under 18 years old, despite the fact that the same developmental science that the Supreme Court relied on in Miller shows that brain development continues well past the 18th birthday. Our cases seek to win the release Charmaine Pfender, Avis Lee, and Arthur Cetewayo Johnson, while establishing that the ruling in Miller v. Alabama applies to people who were over 18 years old when they committed or allegedly committed a crime.

In addition to working on the above cases, a report on DBI sentencing in Pennsylvania is being prepared by our new staff-member Quinn Cozzens. Research for this report is already being used to help support the work of movement activists pushing to abolish Death By Incarceration, and over the next few months we will be launching a program to assist the movement in lobbying for statutory changes to end all DBI sentences. 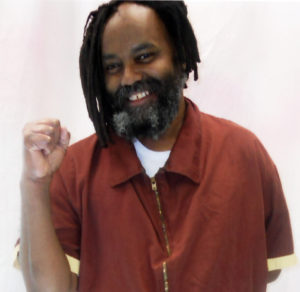 At the beginning of this year, we won an injunction forcing the PA DOC to provide treatment to Mumia Abu-Jamal using direct acting antiviral (DAA) medications to cure his hepatitis C infection. This was the first court order in the country requiring prison administrators to provide DAA medications to an incarcerated patient. Mumia announced that he was free of the hepatitis C virus at the end of May.

Late last year we started a new program to increase legal support for hepatitis C+ prisoners. Mumia’s case was an important initial victory, but we will be filing more cases before the end of the year seeking to force accountability on the PA DOC for refusing to provide the new curative treatments, and for the injuries and deaths caused by those failures.