In 2012, the U.S. Supreme Court ruled in Miller v. Alabama that mandatory life-without-parole (LWOP) sentences violate the Eighth Amendment and constitute cruel and unusual punishment when imposed on people who were juveniles when the crimes for which they were convicted occurred. In 2016, the Supreme Court ruled that its Miller decision applied retroactively with its decision in Montgomery v. Louisiana, meaning that more than 500 Pennsylvania juvenile lifers —people serving LWOP sentences for crimes committed when they were juveniles—were entitled to new sentences that will almost certainly give them an opportunity for release from prison. 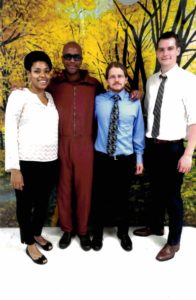 ALC, along with the Amistad Law Project (ALP), is representing one juvenile lifer in his resentencing proceedings. Kerry “Shakaboona” Marshall has been incarcerated for 29 years under a mandatory LWOP sentence for a crime committed when he was 17 years old. Over the course of his incarceration, Shakaboona has been a dedicated advocate for human rights and was one of the founders of the Human Rights Coalition (HRC) and an editor of its magazine, The Movement. Through HRC and in many other capacities, Shakaboona has engaged extensively in work aimed at bettering himself and his community, both inside and outside of prison. While the state continues seeking to prolong Shakaboona’s incarceration with no purpose, ALC and ALP are working with Shakaboona to ensure that he is released from prison and can rejoin his family and community and continue his fight against injustice from outside prison walls.

In Miller v. Alabama and Montgomery v. Louisiana, the Supreme Court’s rulings were based on developments in social and neuroscience regarding the maturation process of adolescents and young adults that make them less criminally culpable. Research overwhelmingly shows that younger people are less capable of appreciating risks and consequences, exercising impulse control, extracting themselves from harmful family and social environments, and resisting negative peer and familial influence. The research also overwhelmingly shows that this maturation process continues well past the age of 18 and into the mid-to-late 20s. As a result, the same factors that make mandatory LWOP cruel and unusual punishment for juveniles also apply to many people who were older than 18 at the time of the crime for which they were convicted. This could apply to roughly half of the 5,400 people sentenced to LWOP in Pennsylvania

ALC is representing three clients in their appeals to have their mandatory LWOP sentences overturned and obtain an opportunity for parole and release from prison:

Charmaine Pfender was 18 years old when she shot and killed a man who was attempting to rape her at knifepoint. Tragically, Charmaine was convicted of first-degree homicide and sentenced to LWOP. She has been incarcerated for over 33 years. If Charmaine was a few months younger, the state of Pennsylvania would have already agreed that Charmaine must receive a new sentence. However, because Charmaine was 18 years old on the night she killed her attacker in self-defense, prosecutors are still seeking to ensure that she dies in prison based on a technical argument that Charmaine’s appeal was not “timely” without addressing the fact that her LWOP sentence violates the Eighth Amendment. Charmaine is innocent, so her conviction itself is an injustice. The additional injustice of her LWOP sentence must be overturned as a result of Miller. Charmaine’s appeal is currently in front of the Pennsylvania Supreme Court, who will decide whether to consider her appeal. 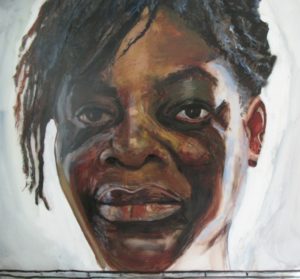 Avis Lee was also 18 years old at the time of the crime for which she was convicted. Avis has been incarcerated for over 36 years for second-degree homicide, also known as felony-murder. Avis accompanied her older brother and another man as a lookout on an attempted robbery. While nobody involved went in to the robbery intending to kill anyone, Avis watched as her brother fired his gun once, killing the man he was attempting to rob. For her role as a lookout in an attempted robbery, Avis was convicted of felony-murder. In Pennsylvania, the mandatory sentence for felony-murder is LWOP. In addition to her young age and all of the accompanying characteristics of youth that make her sentence unconstitutional, Avis’s sentence is also unconstitutional because she neither killed nor intended to kill. Like Charmaine, prosecutors are seeking to keep Avis incarcerated until her death because she was slightly older than 18. Her appeal is awaiting a decision from the Pennsylvania Superior Court.

Arthur “Cetewayo” Johnson has been incarcerated for 47 years for a homicide committed when he was 18 years old. Cetewayo maintains that he is innocent of the crime, but he was nonetheless convicted and sentenced to mandatory LWOP. ALC also represented Cetewayo in obtaining his release from solitary confinement, where he spent almost 37 years in torturous and brutal conditions. In addition to his youth at the time of the crime, Cetewayo was also diagnosed with an intellectual disability during his childhood. Because those with intellectual disabilities are less criminally culpable and, after Miller, those with less culpability cannot be sentenced to mandatory LWOP, his sentence must be reversed. Cetewayo’s appeal was filed in 2016 and is still awaiting a response from the Philadelphia Court of Common Pleas.