The Prisoner Justice and Whistleblower Support Campaign (PJWSC) developed out of the Dallas 6 Support Campaign, which was organized by prisoners and family members to defend Carrington Keys, Andre Jacobs, Anthony Kelley, Anthony Locke, and Derrick Stanley, who were brutally dragged from their solitary confinement cells at SCI Dallas and stripped, beaten, pepper sprayed and tasered. This attack was in retaliation for their reporting other abuses in the prison, such as guards using racial slurs, urinating into prisoners’ food, unjustly beating and starving prisoners, and strapping them into restraint chairs for hours on end.

Shortly after the attack in 2010, the Dallas 6 were criminally charged with rioting. Their trial has been postponed for nearly 6 years, and is now set for February 1, 2016. Shandre Delaney, along with the help of other family members and activists on the outside, built the Dallas 6 Support Campaign to defend the men, and to rally the public against abuses occurring in the prisons and courts of Pennsylvania. Through multiple demonstrations, action alerts, speaking events, radio episodes, and news articles, the Support Campaign has built up pressure against abuse in the prisons and abusive criminal prosecutions.

In 2014, Delaney, alongside advisory committee members Derrick Stanley (of the Dallas 6) and Phoebe Jones (of Global Women’s Strike), and other supporters, decided to further develop their work and founded the Prisoner Justice and Whistleblower Support Campaign (PJWSC). PJWSC is dedicated to protecting whistleblowers on the inside, and amplifying the truths they expose to people on the outside. By focusing on one to two individual prisoner’s cases at a time, meeting with government and prison officials, leading demonstrations, and movement building with other powerful organizations intent on destroying the racist, classist system of mass incarceration, we aim to secure the safety, dignity, and humanity of people behind bars in Pennsylvania. 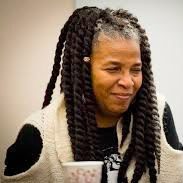 Justice for the Dallas 6 Support Campaign. She has been an activist since 2008 with the Human Rights Coalition (HRC), a prisoner’s rights group founded by Pennsylvania prisoners and their supporters, and currently leads the Prisoner Justice and Whistleblower Support Campaign to protect prisoners facing retaliatory abuse.

The Prisoner Justice and Whistleblower Support Campaign (PJWSC) is made possible by generous support from RESIST.