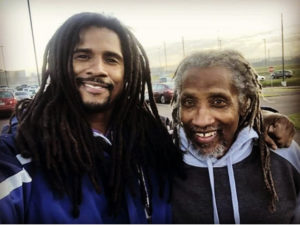 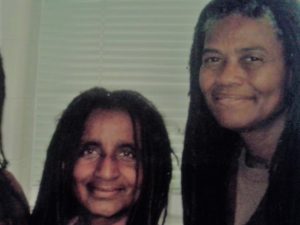 (Philadelphia, Pennsylvania) Today, the Abolitionist Law Center and the Peoples Law Office filed Habeas motions in the United States District Court for the Eastern District of Pennsylvania on behalf of Janet Hollaway Africa and Janine Phillips Africa of the MOVE 9, to appeal the decision of the Pennsylvania Board of Probation and Parole (board) to deny them parole in May of 2018. Despite maintaining favorable recommendations and receiving no disciplinary infractions for decades, Janet and Janine were denied parole even though others similarly situated were released by the board.

In May of 2018, the board ruled the petitioners should not be granted parole due to their lack of remorse, minimization of the offenses committed, and an unfavorable recommendation of the prosecutor.  One of the many issues the petitioners, through their attorneys, raise is the erroneous justifications used to deny them parole because the board’s false allegations are contradicted in the record.  While the board stated there was opposition to their release, there was in fact support from the district attorney’s office. As such the motion argues the board violated substantive due process rights of Janet and Janine by denying them appeal for reasons that do not include rehabilitative and deterrent purposes. Not only do the petitioners have a favorable recommendation in support of their release, they also have family and community support, employment options, and access to stable housing. Moreover, the petitioners have accepted responsibility for their actions before the board, in their community,and with their advocacy works.

The Parole Board’s decision to deny Janet and Janine was completely arbitrary and lacked any rational basis. The justifications provided by the Board are contradicted by the evidence, including the false claim that the District Attorney’s Office opposed parole. Janet and Janine are well deserving of parole-DOC staff describe both women as model prisoners, they have not had a disciplinary incident in decades and they’ve both participated in community fundraisers, the dog training program and other social programs inside of prison. ~ Attorney Brad Thomson

In addition to Janet, Janine and Mike Sr., three other members of the MOVE 9 remain incarcerated, as two died in custody. During the August 8, 1978 altercation, a Philadelphia police officer was killed and following a highly politicized trial, the MOVE 9 were convicted of third-degree homicide. All nine were sentenced to 30-100 years in prison. The six surviving members of the MOVE 9 are all eligible for parole.

UNITED NATIONS, Oct 19 2013 (IPS) – He has not had human contact or a good night’s sleep in nearly three decades. Every single day, he wakes to the sound of metal doors clanging open and a pair of disembodied hands pushing a tray of food through a slot into his 64-square-foot cell.

For the next 23 hours, he will stare at the same four walls. If he is lucky, he’ll be escorted, shackled at his ankles and wrists, into a “yard” – an enclosure only slightly larger than his cell – for an hour of solitary exercise.

This is how Russell “Maroon” Shoatz, a prisoner in the restricted housing unit at the State Correctional Institute (SCI) Frackville in northern Pennsylvania, has spent the past 22 consecutive years.

On Thursday, Shoatz’s lawyers submitted a communication to Juan E. Mendez, the United Nations’ special rapporteur on torture and other cruel, inhuman and degrading treatment or punishment, urging him to inquire into why a “father, grandfather and great grandfather” is being held in extreme isolation despite having a near-perfect disciplinary record for over 20 years.

Posted on September 15, 2013 by abolitionist 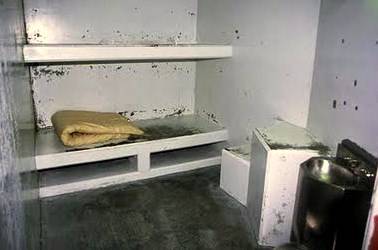 NEW YORK/PITTSBURGH — By Bret Grote and Kanya D’Almeida. This article was first published by Ecosocialist Horizons

Stop the average person on the street in any major city in the United States and ask them if they were aware that for 60 days this summer scores of U.S. citizens were on a sustained hunger strike; the vast majority will tell you they had no idea. END_OF_DOCUMENT_TOKEN_TO_BE_REPLACED