Today, the NAACP Legal Defense and Educational Fund, Inc. (LDF), the Abolitionist Law Center, and the law firm of Kairys, Rudovsky, Messing, Feinberg & Lin LLP filed a lawsuit on behalf of residents in a predominantly Black neighborhood in West Philadelphia, challenging the Philadelphia Police Department’s (PPD) excessive and unwarranted use of militaristic force during a peaceful protest.

On May 31, 2020, amid nationwide protests against police violence and other abuses against Black people, the PPD repeatedly attacked protestors of police brutality, residents, and bystanders who congregated in West Philadelphia’s 52nd Street area of the city. PPD officers used military-style weapons – including rubber bullets, tear gas, and pepper spray – against these individuals as they either peacefully protested against police abuse or simply engaged in daily activities in or near their homes.

In what many witnesses described as a war zone in an otherwise peaceful, residential community, police officers in tanks traveled away from West Philadelphia’s business corridor and down residential side streets for hours, chasing residents into their homes and indiscriminately firing canisters of tear gas at them — all under the guise of responding to incidents of looting. As a result, families, including those with small children, were injured while inside and outside of their homes and, in some cases, forced to temporarily evacuate their homes and seek treatment for tear gas exposure.

“I realized police had fired tear gas at our family’s home after my three-year-old son began crying and my six-year-old son complained that something was in his eyes,” said plaintiff Shahidah Mubarak-Hadi. “Our family’s home is supposed to be our safe space amid the COVID-19 pandemic and the ongoing civil unrest in this country. Yet, PPD officers violated the sanctity of our home, without forethought, senselessly firing tear gas around our residence while we were inside. Because of this incident, my children and I no longer feel safe in our own house – and we demand that police are held accountable for the lasting damage they have caused.”

“The events of May 31 represent yet another act of city-sanctioned violence endured by the Black community in West Philadelphia. Law enforcement has a long history of engaging in overly harsh tactics and racist violence against residents of West Philadelphia — most notably, the police bombing of the homes of MOVE members and their neighbors in 1985,” said Cara McClellan, Assistant Counsel at LDF. “City officials must be held accountable for these militaristic police actions, which are discriminatory, illegal, and completely unacceptable. Our clients deserve safety and security in their own neighborhood and to be free of fear of discrimination and police terror.”

“The Philadelphia Police Department deployed violence against West Philadelphia’s Black communities in retaliation for protests that sprang up in response to police violence. Such blatant disregard for First Amendment freedoms and targeted attacks against Black communities in West Philadelphia are rooted in a long history of police violence,” said Jamelia N. Morgan, Of Counsel at the Abolitionist Law Center. “At a time when some Philadelphians celebrated the removal of the Frank Rizzo statue, it is now time for the city to break with this legacy of violence and racial discrimination and remedy the wrongs done to these communities.”

“The excessive and unreasonable use of tear gas and rubber bullets by police in military gear against non-violent protesters, residents, and bystanders in West Philadelphia on May 31 was the latest episode in a long line of racially biased policing that this City has tolerated for far too long,” said Susan M. Lin, partner at Kairys, Rudovsky, Messing, Feinberg & Lin LLP. “Our clients have brought today’s lawsuit to hold the city accountable and demand that the city’s leadership make changes.”

“While the mayor has apologized for the treatment of protesters on Interstate 676, he continues to ignore and dismiss the horrifying police attacks against Black protesters and residents in West Philadelphia, further demonstrating how underlying racial discrimination often dictates whether police are held accountable for their actions.” said Anthony Smith, a plaintiff in the lawsuit and an organizer with Philly REAL Justice. “The irony is that PPD has responded to protests of police brutality, racial discrimination, and excessive force, with further brutality, discrimination, and excessive force.”

Like countless communities around the country, residents of West Philadelphia engaged in protests advocating for systemic reforms to eliminate racist and violent policing following the May 25 death of George Floyd. Notably, while the city of Philadelphia apologized for using tear gas on another, more racially-diverse group of protesters gathered on Interstate 676 on June 1 – and subsequently put a moratorium on the use of tear gas – the city has hardly acknowledged the police violence against West Philadelphia’s Black residents on May 31.

During the same weekend that PPD terrorized residents in West Philadelphia, PPD officers declined to use any force in other predominately white neighborhoods where looting and rioting occurred. This disparate treatment of Philadelphia residents by PPD epitomizes the very racial discrimination that motivated the protests in the first place.

Read a copy of the complaint here.

To view the complaint and videos of the June 1 police attack on peaceful protestors in East Liberty visit: bit.ly/eastlibertypoliceattack

On June 1, 2020, a peaceful protest in the East Liberty neighborhood of Pittsburgh against nationwide police violence turned into a yet another demonstration of excessive force by the police. Protesters who participated in this protest have filed a class action lawsuit in federal court against Pittsburgh Bureau of Police (PBP) officials, Mayor Bill Peduto, and the City of Pittsburgh after police unleashed violence on peaceful demonstrators, then rounded up and arrested nearly two dozen people who committed no crimes. The protesters are represented by attorneys from O’Brien Law, Abolitionist Law Center, and Elzer Law Firm, LLC.

Named Plaintiffs include a 13-year-old boy, his mother, and her fiancé, who attended the protest to learn about the First Amendment, but instead were met with tear gas and violence; a dance instructor who was arrested outside his apartment while he was on his way home; a local non-profit worker who was gassed and chased at gunpoint; an international peace observer who spent the night in jail after being tear gassed and arrested while trying to walk to their car; and a man who was shot in the back by four rubber bullets as he tried to leave the protest.

On June 1, the PBP escalated a peaceful protest into a scene of pandemonium, panic, violence and bloodshed. The PBP deployed hundreds of officers to counter approximately 150 protesters.  As the assembled protesters held their hands in the air and chanted, “This is not a riot,” and “Hands up – Don’t shoot,” PBP ordered its officers to attack them with explosives, chemical agents and ammunition which is known to seriously wound and sometimes kill its targets.  PBP officers drove ambulances past injured protesters without stopping. After ordering peaceful protesters to leave the area, PBP officers blocked their escape with chemical gas, riot police and mounted patrols. The PBP ordered tactical officers dressed in paramilitary garb to patrol a residential neighborhood in armored vehicles and arbitrarily throw canisters of chemical gas at anyone they encountered. The PBP arrested twenty-two protestors for failing to disperse, subjecting them to confinement in the midst of a global COVID-19 pandemic.  The Allegheny County District Attorney’s Office withdrew the charges for every person arrested due to a lack of sufficient evidence or allegations to support the criminal charges.

Immediately following the PBP’s overwhelming and unjustified use of force in East Liberty, Mayor Peduto, Public Safety Director Wendell Hissrich and Chief of Police Scott Schubert held a press conference at which they disseminated flagrant lies to conceal and/or justify the PBP’s use of force against peaceful protesters. These officials accused protesters of hurling rocks and “volleys of bricks” at PBP officers, and vehemently denied using chemical agents.  Numerous videos statements were patently false.

“In Pittsburgh and across the country, police officers’ use of chemical weapons such as tear gas and projectile munitions such as rubber bullets, beanbag rounds, and sponge grenades against protesters has resulted in serious and debilitating injuries. Moreover, the routine and indiscriminate use of these tactics deters would-be protesters from exercising their First Amendment right to peaceably assemble and petition the government,” said the attorneys representing the Protesters.

The suit was filed the U.S. District Court for the Western District of Pennsylvania by Attorneys Margaret Coleman of O’Brien Law, Quinn Cozzens of Abolitionist Law Center, and Christine T. Elzer of Elzer Law Firm, LLC.

To view the complaint and videos of the June 1 police attack on peaceful protestors in East Liberty visit: bit.ly/eastlibertypoliceattack

Abolitionist Law Center posted this statement to Facebook on the June 2nd, in the early morning following the Pittsburgh Police’s violent descent upon peaceful protestors, terrorizing them with tear gas and excessive force in East Liberty. The post reached over 55,000 views and over 700 shares – aligning with the greater public’s eye-witness accounts of police terror and contradicting what the Pittsburgh Police had said during the news conference following the protest: that tear gas was NOT deployed.

Mayor Peduto’s office and the Citizen Police Review Board of Pittsburgh received countless complaints of police violence from protestors and bystanders who were brutalized, and those who had witnessed the use of tear gas, firing of bean bags, and violent arrests. In the afternoon of June 2nd, the Pittsburgh Police revealed that they had INDEED used tear gas – a chemical weapon banned in war – on peaceful protestors in the June 1 East Liberty protest.

Mayor Peduto has called for independent investigations into the police’s use of force on protestors supporting Black Liberation and police abolition in Pittsburgh. 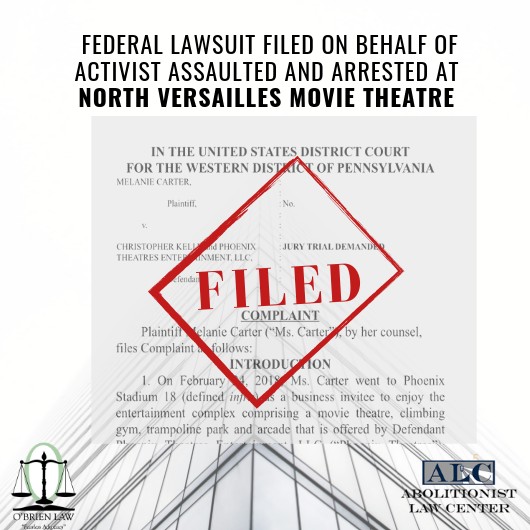