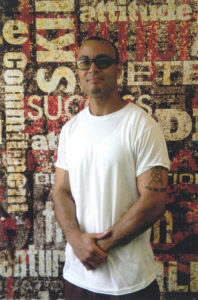 In 1841, George Thompson, an American abolitionist held in a Missouri jail with his comrades for attempting to accompany slaves into freedom, wrote, “In my journal, I recorded for all.” Every writer in prison does as much. No word spoken or written, no occasional thought, no experience that passes inside a prison cell fails to speak to and of the collective, institutionalized suffering of those held in cages. The prison writer alone can offer us the raw experience of state-sponsored suffering; s/he alone can cast light into the deepest reaches of the dungeons we have convinced ourselves must run beneath our feet to secure law and order. Without the witness borne by imprisoned writers and thinkers, abolitionist efforts from the outside would be as groundless as the terror wrought in the hearts of those who vote for prison expansion. Without such witness, without testimony to the true depths of legalized suffering that we support or tolerate at any moment, the abolitionist working outside of the physical bounds of legalized suffering could not offer realistic alternatives to the status quo; the prison writer alone can provide the negative example required in order to imagine the ethical horizon that the abolitionist fights for even while yet not fully imaginable: one centered on the welfare of all rather than on a circle of exile wherein the lawbreaker is expected to pay in suffering for whatever suffering s/he has caused in the free-world.

This is an impossible debt. Pain cannot push out pain. Suffering never alleviated suffering. Yet the very impossibility of its purpose perpetuates the prison as an institution: one, like the debtor’s prison, wherein restoration of any damage done to other persons can never be earned. In such a bind, working for abolition from either side of an insoluble paradox, every word written, every action taken by the abolitionist bears witness to that morally intolerable situation under which the secured (white, affluent) population lives ‘naturally’, convinced that eyes must be plucked for eyes plucked, that there will always be crime and criminals, and—most importantly—that without the suffering both experienced within, and signified by the prison, law would have no meaning.

Writing directed against the prison from without, like every word written from within, is testament that the law in fact has no clothes that are not a weaving of iron bars, and batons, shackles and the layers of state-issued documents by which violence is legalized. For the object of this violence, as is true for writing from the death camps, there is no purely personal statement. In writing a commissary list, sketching a scene of river and trees, a note passed backhanded to a prisoner shaking off the cold of the yard by one passing into its chill, the prison is papered in documents of what socially organized suffering has wrought in human souls. When the writer in prison comes to awareness of the political situation and established economic order of which the prison is a symptom, and then comes further to see that this symptom is also the ballast to a ship of legalized injustice, then the world takes note. We outside will admire the flowers born from suffering—the plays and poems and prose that celebrate penance and redemption. But when the writer plows the earth in which that suffering is meant to burgeon, we are forced to witness the bones upon bones upon which our politics and capital stand. This is a writer dangerous only to our complacency in a state-making institution whose authority finally resides in its ability and willingness to mete out pain.

In 2009, in order to make such witness available to the public, a research assistant and I began soliciting non-fiction essays by currently incarcerated Americans willing to write about their experience inside. One of the first responses to our call looked like a photocopy from a webpage, topped by the black and white profile of Eastern State Penitentiary’s medieval ramparts. This month, four years and six months after that early submission arrived, it and seventy other essays, from writers held in twenty-seven states, was published by Michigan State University Press as Fourth City: Essays from the American Prison. Robert Saleem Holbrook’s essay, “From Public Enemy to Enemy of the State,” appears in a section of the book titled “Community Activists.”

Had Mr. Saleem Holbrook written nothing else in his life, his essay would have announced him as one of those voices we desperately need in order to understand the moral costs and collective debt we all incur each day we practice incarceration. The state of Pennsylvania clearly agrees with this assessment. Having censored materials and withheld mail it deems a threat to security—which is to say a threat to the barriers the state wants to maintain between prisoners seeking solidarity, and between prisoners and prisoner-rights advocates outside—the state of Pennsylvania is being sued. Mr. Holbrook writes, “It is not the information contained in these newsletters that the prison censor fears, because none of the material is threatening or inflammatory. What angers the censor and the prison administration is that prisoners are taking the initiative to challenge their imprisonment and conditions of confinement without apology! On the pages of these publications, prisoners are demonstrating that they possess a voice and are ensuring that their voice be heard.”

In Holbrook et al. v. Jellen et al, we have a rare opportunity. I would say this is an opportunity to see justice done if this were not unfolding inside the world’s leading prison state, a state built on conditions of penal apartheid in which white affluence enjoys protection not only by the law but from the law that takes its lucrative vengeance out on the poor, and true justice is decades beyond the reach of our eyes toward an alternative state order. Rather, this case offers an opportunity to assess whether the apparatus of law can be turned back against its own foundations in the silencing of those who know the depth of pain in which the law is founded. Mr. Holbrook’s essay in Fourth City tracks his transition from a young man who fit well into the profile of black lawlessness that police unions and politicians, as well as the police-court-prison industries and for-profit media must cut out of the lives of poor men of color in order to broadcast enough fear into white middle-class voters to keep local, state, and federal security funding flowing. Since Barry Goldwater translated segregation into law and order in backlash against the civil rights movement, and Nixon and Clinton against the Black Power and other peoples’ empowerment movements, the “Public Enemy” Mr. Holbrook represented has served as linchpin holding mass incarceration together—an incarceration regime that is this nation’s largest public works, public employment, and public housing effort of the late 20th and 21st centuries. Mr. Holbrook has pounded the linchpin into a pen. He has stood up to hold the state accountable for the living deaths upon which it stands. The state’s response is that the dead should not speak. And the dead should never speak back against the apparatus and bases and effects of its animated killing.

Mr. Holbrook needs support in fighting this case. But more profoundly than he needs us, we need his voice freed to speak its truth if we ever hope to clear away the layered rhetoric and raw material power that prison-building special interests and political opportunists use to obscure the truth about what our prisons do, who they hold, and the moral costs of mass incarceration.

Doran Larson is the editor of Fourth City: Essays from the Prison in America.  He has organized college programs now running inside Mohawk Correctional Facility and Attica Correctional Facility, where he has facilitated a writing workshop since 2006.  He is professor of English & Creative Writing at Hamilton College, where he directs the on-going construction of The American Prison Writing Archive, a digital archive of first-person essays by imprisoned people, prison workers, and volunteers offering witness to to prison conditions today.