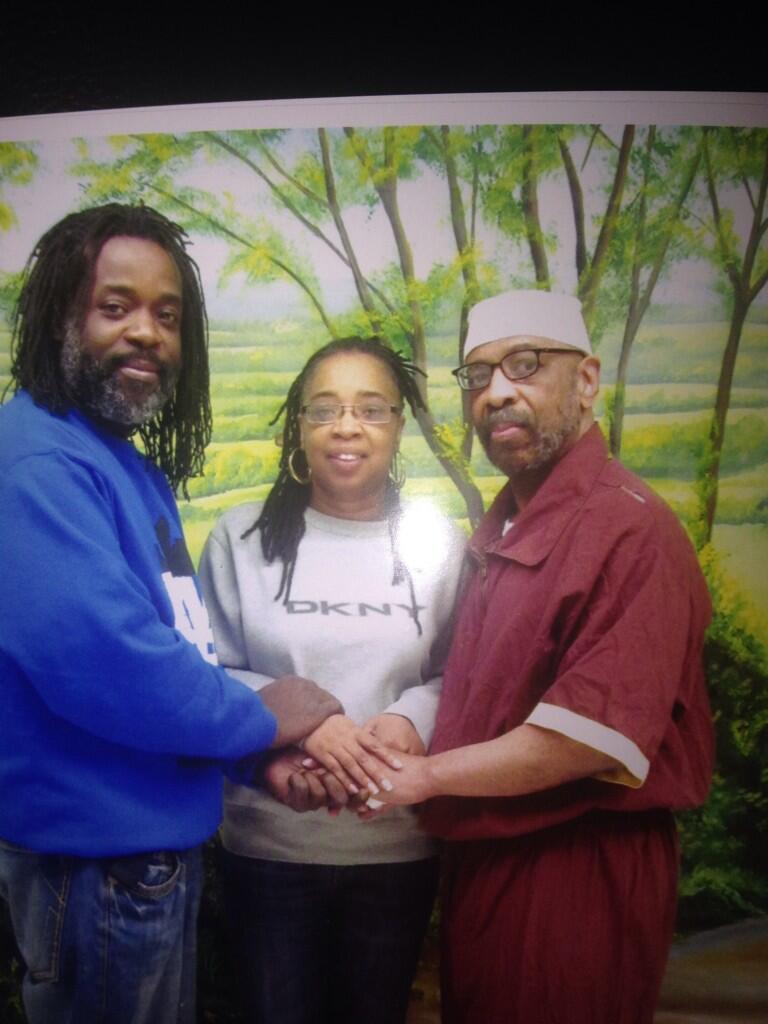 February 20, 2014: Pittsburgh PA —  Russell Maroon Shoatz was released from solitary confinement into the general prison population at State Correctional Institution (SCI) Graterford this morning, ending more than 22 consecutive years in solitary confinement. The news was confirmed by Maroon during a legal call with an attorney from the Abolitionist Law Center.

Maroon’s son, Russell Shoatz III, said, “We are very excited that this day has finally come. My father being released from solitary confinement is proof of the power of people organizing against injustice, and the importance of building strong coalitions. I especially want to thank all of those who have supported the collective struggle to end my father’s solitary confinement, including my siblings and members of the Shoatz family, the Human Rights Coalition, Abolitionist Law Center, Scientific Soul Sessions, the entire legal team, UN Special Rapporteur Juan Mendez, the 5 Nobel Peace Laureates, the National Lawyers Guild, Center for Constitutional Rights, along with the dozens of other organizations and thousands of individuals who have participated in this effort.”

The move comes after Maroon, who turned 70-years-old in August 2013, was transferred to three different Pennsylvania prisons in the past nine months. It marks the first time that Shoatz has been in the general prison population in the state of Pennsylvania since 1983, when he was placed in solitary confinement due to his work with the Pennsylvania Association of Lifers to abolish life-without-parole sentences. For a 17-month period between 1989-1991, Maroon was held in the general prison population at the federal penitentiary at Leavenworth, Kansas.

Maroon brought suit in May 2013 on the grounds that he has been subjected to cruel and unusual punishment in violation of the Eighth Amendment to the U.S. Constitution, and that prison officials have deprived him of his procedural and substantive due process rights for keeping him in solitary confinement without meaningful review and on insufficient grounds. He is represented by Reed Smith attorneys Rick Etter and Stefanie L. Burt; Bret Grote and Dustin McDaniel of the Abolitionist Law Center; Daniel Kovalik of the United Steelworkers; and retired Reed Smith partner, Hal Engel.

On Monday, January 27, United States District Magistrate for the Western District of Pennsylvania, Cynthia Reed Eddy, issued a decision denying defendants’ motion to dismiss in the case of Shoatz v. Wetzel. The ruling allowed Russell Maroon Shoatz to move forward with the legal challenge to his more than 22 consecutive years in solitary confinement.

The campaign to release Shoatz from solitary confinement has also been gathering increasing international attention, including the support of five Nobel Peace Prize Laureates: Jose Ramos-Horta of East Timor, Mairead Corrigan Maguire of Northern Ireland, Archbishop Desmond Tutu of South Africa, Jody Williams from the United States, and Adolfo Perez Esquivel of Argentina. Several U.S. civil and human rights organizations endorsed his release from isolation, as well as growing number of clergy. In March 2013, United Nations Special Rapporteur on Torture and Other Cruel, Inhuman, and Degrading Treatment and Punishment, Juan Mendez, called on the government “to cease the prolonged isolation of Mr. Shoat[z].” (see Democracy Now! interview with Juan Mendez discussing Maroon at this link).

Abolitionist Law Center Executive Director, Bret Grote, said, “My talk with Maroon today was very moving. There are no words to adequately convey the significance of his release to the general population for him and his family. This is a significant victory for a growing people’s movement against solitary confinement and the human rights violations inherent in mass incarceration. If we continue to work hard and support one another in this movement, these victories could very well become a habit.”

The Abolitionist Law Center would also like to thank all our donors for your support, without which this victory would not be possible. The fight continues, both on behalf of Maroon and the many other prisoners being subjected to inhumane conditions. Please consider adding to your support by donating to our current fundraiser, so we can continue to press for justice in the Pennsylvania prison system.