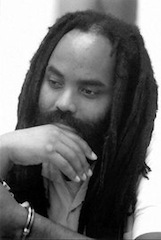 September 1, 2016: Federal district court judge Robert Mariani denied political prisoner Mumia Abu-Jamal’s request for a preliminary injunction on Wednesday, August 1st that would have forced the Pennsylvania Department of Corrections (DOC) to provide him with direct-acting antiviral drugs capable of curing his hepatitis C. The opinion, however, also held that the DOC’s hepatitis C protocol violates the Eighth Amendment by withholding the medication to incarcerated patients with chronic hepatitis C, and that when Mr. Abu-Jamal adds members of the DOC’s Hepatitis C Treatment Committee the judge can issue a favorable injunction.

There are more than 5,400 people in DOC custody with chronic hepatitis C, and more than 99% of them are not receiving treatment. Newly-developed medications have a cure rate of 95% or more in clinical trials, but the DOC has been refusing to provide the cure due to its high cost.

The court found that “the standard of care with respect to the treatment of chronic Hepatitis C is the administration of the newly-developed DAA [direct-acting antiviral] medications, such as Harvoni, Sovaldi, and Viekira Pak.” The court then found that the DOC’s hepatitis C treatment protocol “prolong[s] the suffering of those who have been diagnosed with chronic hepatitis C and allow[s] the progression of the disease to accelerate so that it presents a greater threat of cirrhosis, hepatocellular carcinoma [i.e. liver cancer], and death of the inmate with such disease” in violation of the Eighth Amendment.

The court did not grant the injunction, however, because it found that members of the DOC’s Hepatitis C Committee had to be added as defendants: “a mandatory injunction favorable to Plaintiff would necessarily require that the individuals enjoined be able to exercise control over the contents or application of the protocol.”

The DOC’s current treatment protocol for hepatitis C was ruled in violation of the Eighth Amendment in no uncertain terms: “In the wake of the advent of curative Hepatitis C medications, Defendants have charted a course that denies treatment to inmates until they are on the verge of a ‘catastrophic’ health event, a decision that appears to contain a ‘fiscal component,’ and ignores the standard of care for the treatment of chronic hepatitis C.”

Abolitionist Law Center’s Legal Director Bret Grote said the following about the decision: “While we are disappointed the court did not grant the injunction at this time, its holding that incarcerated patients with hepatitis C are entitled to treatment with the breakthrough medications that cure hepatitis C and that the DOC’s current protocol violates the Eighth Amendment sets a powerful precedent for Mr. Abu-Jamal, the more than 5,400 prisoners with chronic hepatitis C in Pennsylvania, and tens of thousands incarcerated with untreated hepatitis C across the country. We won everything but the injunction we sought, and will be moving expeditiously to bring additional defendants before the court so Mr. Abu-Jamal can receive the treatment he is entitled to under the U.S. Constitution.”