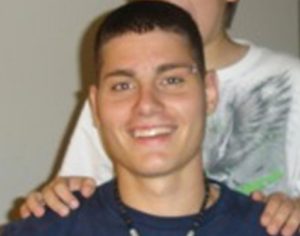 On Friday, April 14, 2017, the federal Third Circuit Court of Appeals reversed the decisions of the Western District Court of Pennsylvania in the case of Palakovic v. Wetzel, ruling that the Palakovics claims challenging the conditions of solitary confinement and deficient mental health care of their late son, Brandon, could move forward into the discovery phase. In a precedential ruling the Court held that the lower court’s June 2015 dismissal of the Palakovics’ Eighth Amendment conditions of confinement and mental health care claims, as well as the February 2016 dismissal of their Eighth Amendment vulnerability to suicide claim, constituted legal error and the case could move forward to discovery.

Renee and Darian Palakovic issued a statement following the ruling:

Knowing that we can move ahead with our case is an incredible feeling and we are extremely thankful to everyone who has worked so hard on Brandon’s behalf. This fight is about him and for him at its core; but, this victory has also set a precedent. Yes, a precedent. The satisfaction we feel knowing that the young man who they felt no compassion for and treated like trash is going to stop them from doing it again or haunt them in a court of law if they dare to do it to another is beyond words. This victory is the sweetest we’ve ever felt.

Read the full Statement of the Palakovics here.

Palakovic v. Wetzel was filed in July 2014 in the Western District of Pennsylvania on behalf of the late Brandon Palakovic by his parents Renee and Darian. The suit claims that Pennsylvania Department of Corrections (PADOC) Secretary John Wetzel and other officials in charge of the now-defunct State Correctional Institution (SCI) Cresson “created and sustained conditions of solitary confinement that subjected Brandon Palakovic to torture, causing him to take his own life on July 17, 2012, at the age of 23. Defendants transformed [Brandon’s] 16-48 month term of imprisonment into a death sentence.”

In its decision dismissing the original complaint’s Eighth Amendment claims in June 2015 the district court held that the Palakovics were barred from raising claims challenging Brandon’s conditions of confinement and inadequate mental health care, and instead had to bring claims under the Third Circuit’s vulnerability to suicide standard. The Third Circuit, in a unanimous opinion authored by Chief Judge Smith, disagreed: “Here, to the extent Brandon could have brought an Eighth Amendment claim contesting his conditions of confinement while he was alive, his family should not be precluded from doing so because he has passed away. We agree with the Palakovics that their original claim need not have to fit within the vulnerability to suicide framework, and the District Court erred in dismissing it solely for that reason.”

The Third Circuit then recognized that the factual allegations in the original complaint were more than sufficient to state a claim allowing the case to proceed into discovery:

“[W]e first acknowledge the robust body of legal and scientific authority recognizing the devastating mental health consequences caused by long-term isolation in solitary confinement. In our recent decision, Williams v. Secretary of the Pennsylvania Department of Corrections, 848 F.3d 549 (3d Cir. 2017), we observed a growing consensus—with roots going back a century—that conditions like those to which Brandon repeatedly was subjected can cause severe and traumatic psychological damage, including anxiety, panic, paranoia, depression, post-traumatic stress disorder, psychosis, and even a disintegration of the basic sense of self identity. 18 Id. at 566–67. And the damage does not stop at mental harm: “Physical harm can also result. Studies have documented high rates of suicide and self-mutilation amongst inmates who have been subjected to solitary confinement. These behaviors are believed to be maladaptive mechanisms for dealing with the psychological suffering that comes from isolation.”

“Considering these factual allegations in light of the increasingly obvious reality that extended stays in solitary confinement can cause serious damage to mental health, we view these allegations as more than sufficient to state a plausible claim that Brandon experienced inhumane conditions of confinement to which the prison officials—Wetzel, Cameron, Boyles, Luther, and Harrington—were deliberately indifferent.”

The Court then went on to rule that the Palakovics mental health care claims, as well as the vulnerability to suicide claims that were dismissed by the lower court could move forward also.

SCI Cresson was under investigation by the DOJ at the time of Brandon’s suicide for holding prisoners with mental illness and intellectual disabilities in solitary confinement and depriving them of mental health treatment. The DOJ found that SCI Cresson’s use of solitary confinement on the mentally ill and intellectually disabled constituted cruel and unusual punishment

According to a report issued by the Civil Rights Division of the United States Department of Justice (DOJ), “despite a history of self-harm and suicide attempts, [Brandon] continued to be placed in isolation, eventually leading to his death.”