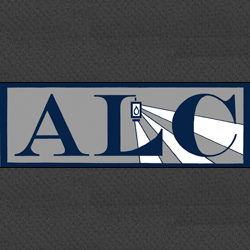 The Pennsylvania Supreme Court released their opinion in Commonwealth v. Batts (Batts II), a case that decided the appropriate procedure and sentence for the approximately 500 Pennsylvanians who were sentenced to Juvenile Life Without Parole (JLWOP) before Miller v. Alabama. While Batts II reversed the unconstitutional sentence of life-without-parole imposed on 14 year-old Qu’eed Batts and created some procedural safeguards for the re-sentencings of the hundreds of Pennsylvanians serving an illegal JLWOP sentence, it also affirmed the status quo in current juvenile homicide sentencing and re-sentencing that imposes draconian mandatory minimums on children, all but guaranteeing they will not be released from prison until they spend more than twice their life span at the time of the offense locked in a cage. The legal work and organizing that has brought us this far has won crucial and necessary victories, but this opinion–and its shortcomings–remind us how much further we have to go to bring our people home so that they can demonstrate and live their redemption, be restored to the community, and be the leaders we need to foster healing and accountability.

In Batts II, the Pennsylvania Supreme Court reversed Batts’ sentence of JLWOP for the second time, holding that a JLWOP sentence was not supported by the evidence in the sentencing record, which showed that Batts–as a 14-year-old–had the attributes of a child recognized by the U.S. Supreme Court as rendering him less culpable and that there was considerable evidence of his potential for rehabilitation. The Court also held that the Commonwealth must give a defendant notice if it is going to seek JLWOP. Critically, the Court established that the prosecution must prove beyond a reasonable doubt that the defendant is permanently incorrigible and therefore incapable of rehabilitation when it is seeking a JLWOP sentence. These holdings should mark Batts II as a seminal opinion that finally brings Pennsylvania in line with the U.S. Supreme Court’s 2012 decision in Miller v. Alabama outlawing mandatory life without parole for children.

And because the notion of “permanent incorrigibility,” based on the idea that the government can determine that a child will never change or rehabilitate or mature for the rest of their life, is itself inherently unprovable and the judicial equivalent of the racist concept of the “Superpredator,” this decision marks an important milestone in ending JLWOP sentences once and for all.

We can pick apart the legal issues in the PA Supreme Court’s decision in Batts II but we would be remiss if we missed the fact that Qu’eed Batts is a person. The Batts II opinion lays out the multiple systems that failed him and the difficult life he lived prior to the homicide that led to his incarceration. We can look at these 500 JLWOP cases in Pennsylvania as legal issues, but we must also look at the defendants in these cases as people, who, as children, did very harmful things, but who, because they were children, are especially capable of change and redemption. Anything less is an affront to justice.

We believe in real second chances. Many people sentenced to die in prison as kids, like Qu’eed Batts, never had a first chance. This is where Batts II falls extremely short. Since the U.S. Supreme Court, in Montgomery v. Louisiana, ruled that Miller was a new substantive rule of constitutional law, Philadelphia has slowly moved to comply with the ruling and to resentence the 300 juvenile lifers who were convicted and sentenced in Philadelphia. The Philadelphia District Attorney’s Office has looked to 18 Pa.C.S. §1102.1(a), which is the statute that the PA legislature passed in response to the 2012 Miller decision. It created a 35 year minimum for first degree murder for people who were 15 to 17 at the time of their offense. It also specifically does not apply to people who were sentenced before Miller that make up the vast majority of those still serving unconstitutional JLWOP sentences.

The PA Supreme Court’s acquiescence to what is happening in Philadelphia and across the state should focus our attention on 1102.1(a) itself. Why are children who even the Commonwealth does not contend are “irredeemable” forced to spend a minimum of 35 years in prison before they can go before a parole board and argue for release? Why, after serving a minimum of 35 years in prison, are these people forced to spend the rest of their lives on parole? Children have a greater capacity for reform. Most people age out of criminal behavior by their thirties. This re-sentencing scheme keeps people sentenced to die in prison as kids incarcerated into their late forties or early fifties, at the earliest, before they are afforded the opportunity for someone to take a look at their case and decide if they should get a second chance.

Batts II is not a defeat but it is a call to continue fighting for justice and redemption and freedom. We don’t just want an end to the barbaric practice of sentencing children to die in prison. We also want a system that is transformative and fair.

The legislature, prosecutors, and courts in Pennsylvania are intent on conceding as little ground as they think they can get away with, holding the line like the segregationists of old, and seeking to preserve the punitive ethos and practices of a racist system of mass incarceration. It is our responsibility to fight this, to push the line further toward freedom and a new paradigm that centers restorative justice and the right to redemption.