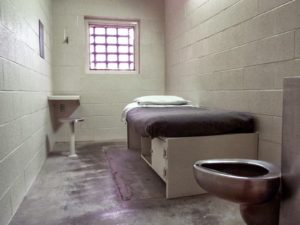 HARRISBURG — The American Civil Liberties Union, the ACLU of Pennsylvania, the Abolitionist Law Center, Kairys, Rudovsky, Messing, Feiberg & Lin LLP, and Drinker Biddle & Reath LLP filed a class-action lawsuit against the commonwealth of Pennsylvania over its unconstitutional practice of holding prisoners sentenced to death in mandatory, permanent solitary confinement. These prisoners spend 22-24 hours a day in their cells alone, conditions proven to damage mental health and worsen existing mental illness. Today’s suit seeks an end to this practice, which violates the Eighth and Fourteenth Amendments.

“Solitary confinement is psychological torture. By automatically imposing that torture on every prisoner facing a death sentence, Pennsylvania’s Department of Corrections is acting as if the Eighth Amendment ban on cruel and unusual punishment doesn’t exist,” said Witold Walczak, legal director of the ACLU of Pennsylvania. “No human being should be placed in a cage and deprived of human contact for days, much less decades.”

Of the 156 people sentenced to death in Pennsylvania, nearly 80 percent have spent more than a decade in solitary confinement. Each cell is about the size of a parking space.

“The cells that hold Pennsylvania’s prisoners with death sentences are designed to make seeing another human being just about impossible, let alone interacting with one,” said Bret Grote, legal director at the Abolitionist Law Center. “Those conditions cause psychological damage within days, let alone decades. Doling out a severe punishment like this as a matter of course is shameful as well as against the law.”

Anthony Graves spent 12 years in solitary confinement in Texas while facing a death sentence. He was wrongfully convicted and exonerated. “Solitary confinement is like living in a dark hole. People walk over the hole and you shout from the bottom, but nobody hears you. You start to play tricks with your mind just to survive,” said Graves, who is the author of Infinite Hope, a memoir, and is the Smart Justice Initiatives Manager at the ACLU of Texas. “I saw the people living on death row fall apart. I saw guys who dropped their appeals and elected to die because of the intolerable conditions.”

Multiple studies have shown solitary confinement’s dangers to mental health, including increases in self-harm and suicide. In 2015, Supreme Court Justice Anthony Kennedy noted in his concurrence to Davis v. Ayala, “[R]esearch still confirms what this Court suggested over a century ago: Years on end of near-total isolation exact a terrible price.”

“Across the country, prison officials are recognizing that solitary is a tool to be used only in extreme emergencies and only for short periods of time,” said Amy Fettig, deputy director of the ACLU’s National Prison Project and director of the Stop Solitary Campaign. “They have become far less reliant on solitary without sacrificing prisoner or staff safety. It’s time for Pennsylvania to take note.”

For the complaint and information about Reid v. Wetzel, visit aclupa.org/Reid