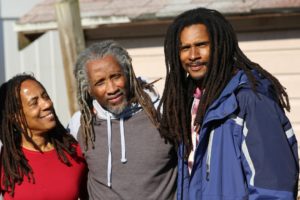 Lawyers from the Abolitionist Law Center (ALC) and People’s Law Office (PLO) represented both Debbie and Mike in their successful parole petitions and are committed to fighting for the release of the remaining MOVE 9.

There is a need for funds to support parole review and litigation, such as expert witnesses, travel for court dates and client visits, copy costs of prison and court records, postage and shipping, fees for court filings and other expenses that are likely to arise. (The attorneys are representing the MOVE 9 pro bono and this fund will only go to pay for out-of-pocket expenses.)

The MOVE members who are still in prison are all entitled to release on parole given their exemplary prison record, examples of mentorship, and the complete lack of any risk they present to public safety.

But it will take a fight to get them out – please contribute today* and help them win that fight.

The MOVE 9 are innocent men and women who have been unjustly imprisoned since August 8, 1978, following a massive police attack on their home in the Powelton Village neighborhood of Philadelphia. A Philadelphia police officer was shot and killed during the attack. Despite forensic evidence that the bullet that killed him did not come from inside the MOVE house, 9 MOVE members were convicted of 3rd Degree Murder and sentenced to 30-100 years in prison. This was seven years before the government dropped a bomb on MOVE in 1985, killing 11 people, including 5 children.

Two of the MOVE 9, Merle and Phil Africa, have died in DOC custody. There are now five surviving members of the MOVE 9 who are still in prison: Janet, Janine, Chuck, Eddie and Delbert.

Background on Fight to Free Janet and Janine Africa: 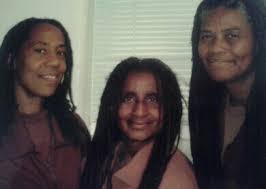 In May of 2018, MOVE members Debbie, Janet and Janine Africa went before the Pennsylvania Board of Probation and Parole. Attorneys from ALC and PLO prepared packets in support of each of the three women. Debbie Africa was granted parole and released from State Correctional Institution (SCI) Cambridge Springs on June 16, after 39 years and 10 months of incarceration. Janet and Janine Africa, however, were denied parole despite having virtually identical Department of Corrections records as Debbie.

Jane and Janine both:

These factors demonstrate that Janet and Janine pose no threat to public safety and deserve parole.

The Parole Board has denied them the opportunity to return home based on unlawful factors. Claiming the two minimized the offense and did not express remorse, the Board ignored the only relevant assessment under Pennsylvania law: that the two do not present a threat to public safety.

The Parole Board also lied, claiming that Janet and Janine received the negative recommendation of the prosecuting attorney, when in truth Philadelphia’s District Attorney, Larry Krasner, recommended all three women – Debbie, Janet, and Janine – for parole. In a letter to parole to the Parole Board, Krasner’s office stated that it “was “confident” that Janet and Janine “will not pose a threat to the Philadelphia community” and that their “continued incarceration does not make our city safer.”

Janet and Janine’s lawyers have challenged this unlawful determination, filing petitions for habeas corpus in federal court on October 1, 2018. The petitions argue that the Parole Board violated the constitutional rights of Janet and Janine by arbitrarily denying them parole without any rational basis.

The legal team at ALC and PLO is committed to freeing all MOVE political prisoners. This work includes challenging the erroneous denials for Janet and Janine and preparing packets for upcoming parole hearings – the next of which is Charles (Chuck) Africa, who will be going before the parole board in December of 2018, followed by Edward (Eddie) Africa in January of 2019. In addition, the lawyers are exploring all legal avenues that could potentially obtain release for the five surviving members of the MOVE 9.