The Abolitionist Law Center is proud to announce that all charges against Blak Rapp Madusa were dismissed on Thursday as our Petition for Writ of Habeas Corpus was granted by Judge Cashman. 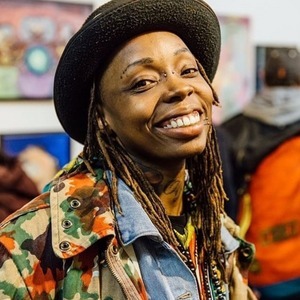 filled to capacity as Bret Grote and Quinn Cozzens presented arguments to the judge. Immediately prior to dismissing the charges, Judge Cashman called the incident leading to Blak Rapp’s arrest “unfortunate.” At issue was whether the testimony of North Versailles Township Police Officer Christopher Kelly was sufficient to require Blak Rapp to stand trial on the charges against her. This case stemmed from Blak Rapp’s arrest while filming the officer as he removed a group of black girls from a movie theatre and arcade. Blak Rapp was facing charges of disorderly conduct, trespass, and resisting arrest. The habeas corpus petition argued that even if all of Officer Kelly’s testimony was true, none of the conduct he described was criminal. The case brought up many issues for the community that centered on violence and the dehumanization of Black Women and girls. For many, this was a flagrant case of police abuse of power involving an officer arresting a person who was exercising their constitutional right to film the police. 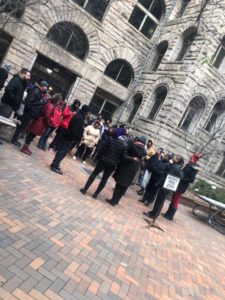 The Habeas petition focused on the merits of the case and raised multiple arguments to prove that the sufficiency of the evidence failed to prove Blak Rapp was guilty on any charge. Judge Cashman agreed and granted the motion in full.

The community made its presence felt. They showed up for Madusa just as she showed up for the children who were being bullied and mistreated at that movie theater.As Madusa said afterward: “When we fight we win.” ~Attorney Bret Grote

This win is not only credited to the legal team of the Abolitionist Law Center but also to every community member and organizer that has stood with Blak Rapp Madusa since the onset of these charges. It has been almost a year since the filming of this incident, and since that time the national focus has began a conversation on the violence and plight of Black Women and Girls. We hope that this win not only encourages people to get involved in court watching programs but to also become aware of the violence that many in the community face.  Organizing and community support is vital to defending the rights and lives of Black women and girls and others who are targeted by oppressive policing practices.

“I didn’t know if I was going to survive that attack….but I knew that if I did, that it was my duty to say something about it, to use my platform as an artivist and an organizer and tell America to stop the violence against black women.” ~ Blak Rapp Madusa