Palakovic v. Wetzel – Seeking Accountability in the War on Prisoners

Palakovic v. Wetzel is a lawsuit in the Western District of Pennsylvania brought on behalf of the late Brandon Palakovic by his parents Renee and Darian. The suit claims that Pennsylvania Department of Corrections (PADOC) Secretary John Wetzel and other officials in charge of the now-defunct State Correctional Institution (SCI) Cresson “created and sustained conditions of solitary confinement that subjected Brandon Palakovic to torture, causing him to take his own life on July 17, 2012, at the age of 23. Defendants transformed [Brandon’s] 16-48 month term of imprisonment into a death sentence.” 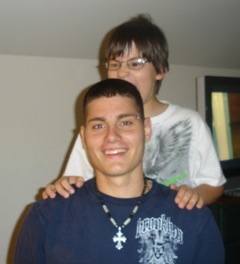 In a statement released to mark the filing of the lawsuit, the Palakovic family said:

“Brandon is finally at peace and can no longer be drugged, locked up and ignored, but we know there are others that are still enduring similar nightmares. We hope and pray that somehow, someway Brandon’s death can bring attention to these serious issues within Pennsylvania State Correctional Institutions and save other prisoners and their families from this same pain.”

SCI Cresson was under investigation by the DOJ at the time of Brandon’s suicide for holding prisoners with mental illness and intellectual disabilities in solitary confinement and depriving them of mental health treatment. The DOJ found that SCI Cresson’s use of solitary confinement on the mentally ill and intellectually disabled constituted cruel and unusual punishment and unlawful discrimination under the Americans with Disabilities Act. The DOJ report stated:

The unconstitutional use of prolonged and extreme isolation on prisoners with serious mental illness . . . has come about because of systemic deficiencies relating to Cresson’s mental health care program. Instead of having systems in place to ensure it is providing adequate mental health care throughout the Facility, Cresson uses isolation to control and warehouse prisoners with mental illness as they become more ill and less stable.

According to a report issued by the Civil Rights Division of the United States Department of Justice (DOJ), “despite a history of self-harm and suicide attempts, [Brandon] continued to be placed in isolation, eventually leading to his death.”

The DOJ expanded its investigation to include the entirety of the PADOC. In February of 2014, the DOJ found that the entire PADOC was in violation of the U.S. Constitution and the Americans with Disabilities Act for its use of solitary confinement on the mentally ill and intellectually disabled.

There have already been 5 confirmed suicides in the PADOC in 2014 according to official data. At least three, and possibly all five, of the suicides involved prisoners in solitary confinement.

Statement from the Palakovic family

Why Are Prisoners Committing Suicide in Pennsylvania?